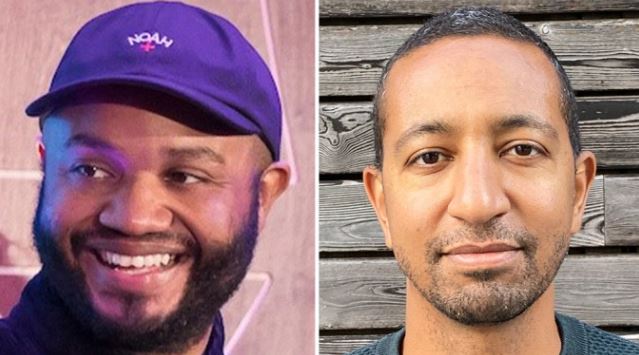 The Calculus Creative Content EIS Fund has invested in Home Team, a production company founded by Dominic Buchanan and Bennett McGhee, it was announced today by the Fund’s manager Calculus Capital and Stargrove Pictures, its media adviser.

HOME TEAM will operate in the international film & television space, with a focus on the development and production of high-end, wholly inclusive feature films and television series.

Led by producers Dominic Buchanan (BAFTA, Royal Television Society and Peabody Award-winning The End of The F***ing World) and Bennett McGhee (Berlin film Festival’s 2020 FRIPRESCI winner, Mogul Mowgli), Home Team’s intention is to identify and develop under-represented creatives and nurture exciting voices- primarily, but not restricted to, filmmakers of colour and women filmmakers of all ethnicities, through interactive as well as traditional film and TV platforms.

Under their new banner, UK-based Home Team will harness the reputations of its two producers in championing exciting new voices, to build on an already impressive development slate. Projects include a collaboration with BBC Films on Shola Amoo’s follow-up to the critically-acclaimed feature, The Last Tree; a new BFI-backed film project directed by Destiny Ekaragha (The End of the F***ing World, Gone Too Far!) and Danielle Ward (comedian and writer of In the Long Run); Nadia Latif & Omar El-Khairy’s (White Girl) feature debut, which is the upcoming horror film Welcome, currently being developed with Film4 and the BFI; Rohan Blair-Mangat’s (Centrepiece, Jay-Z’s Bam music video) docu-series The Boombox Project, adapted from Lyle Owerko’s book of the same name; and a new television series directed by Kate Herron (Sex Education, Loki), which she is co-writing alongside Briony Redman (Angry Quiz Guy) and will be co-produced with Douglas Cox (Host).

Investment for Home Team comes from the Calculus Creative Content EIS Fund. The fund was launched in June 2019 in association with the British Film Institute. The BFI, as a charity, has no financial interest in the fund, but initiated the project to help generate a new wave of investors in the UK creative content industry and to support the growth of dynamic and ambitious UK production companies such as Home Team. Stargrove Pictures, the film/TV finance specialists, acts as adviser to the fund.

John Glencross, Chief Executive of Calculus, shared: “We are thrilled to be making this investment in Home Team . Dominic and Bennett are two of the most exciting producers to emerge in the UK in recent years and have already shown their ability to develop groundbreaking productions which are both critically acclaimed and appeal to a global audience.”

Stephen Fuss, Chief Executive at Stargrove Pictures said, “Dominic and Bennett are impressive individuals who have an original style and authentic voices. We are looking forward to working with them and supporting their growth plans.”

On Home Team’s launch, founding partner Bennett McGhee commented: “I’m blessed to be partnering with Dominic and starting this new venture together, and thankful for the incredible support from the team at Calculus, Stargrove and the wider industry. We’d sown the seeds of these plans for a while and it’s incredibly exciting to now see them come to fruition, and champion projects from talent we believe in.”

Co-founding partner Dominic Buchanan also added:“Home Team will be a genuine home for talent, we’re continuously driven to realise our wildest ambitions, and want to move the needle with everything we do. Fortunately, Bennett and I are now truly empowered to do so!”

Prior to Home Team, Dominic has been independently producing and building his slate of projects which last year saw him secure a one year first look TV deal with production house Eleven. Previously, Dominic was VP of Production & Development at Bold Films, where on behalf of Bold Films, he co-produced the film Colette (2018), starring Kiera Knightly. Dominic also produced director Hong Khaou’s lauded 2014 Sundance film Lilting, starring Ben Whishaw. He is currently an executive producer on the break-out Channel 4 & Netflix co-production, The End of The F***ing World. The show has won multiple accolades, including the 2020 BAFTA TV Award for Best Drama Series.

Bennett McGhee established Silvertown Films in 2015, an independent film and television production company, which was the recipient of the British Film Institute’s Vision Award in its first year. Silvertown’s credits include Ron Scarpello’s feature documentary Bobby (2016), Ed Lilly’s rap-battle drama V’s (2018) and 2020’s acclaimed Mogul Mowgli, directed by Bassam Tariq and starring Riz Ahmed. Prior to Silvertown Films, Bennett was an executive at Wildgaze Films, where he worked on Lone Scherfig’s multi-Oscar nominated An Education; Dustin Hoffman’s directorial debut Quartet and as Associate Producer on the multi-Oscar® and BAFTA-winning, Brooklyn.