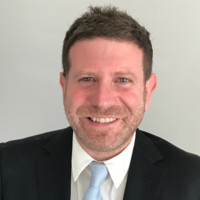 Stephen Fuss is a media investment executive with 18 years’ experience in the sector. Stephen began his career at a major London-based law firm, where he represented clients such as Warner Bros., HBO and Sony Pictures for more than eight years. In 2009, Stephen left legal practice and joined a leading UK media investment boutique, latterly overseeing the company’s entire independent film and television divisions.

During his tenure, Stephen oversaw the investment of over $1bn in film and television projects. In film, this included such major studio pictures as X-Men: Days of Future Past, starring Hugh Jackman; The Descendants, starring George Clooney; and The Maze Runner; and Academy Award®-nominated independent films such as Suffragette, starring Carey Mulligan and Meryl Streep; Carol, starring Academy Award Winner Cate Blanchett; and Brooklyn, starring Saoirse Ronan. In television, Stephen oversaw investment into highly successful television shows such as Call the Midwife, The Fall, The Honourable Woman, Doc Martin and Teletubbies. At the time of his
departure, Stephen’s division was raising and deploying in excess of £150m per year in film and TV projects.