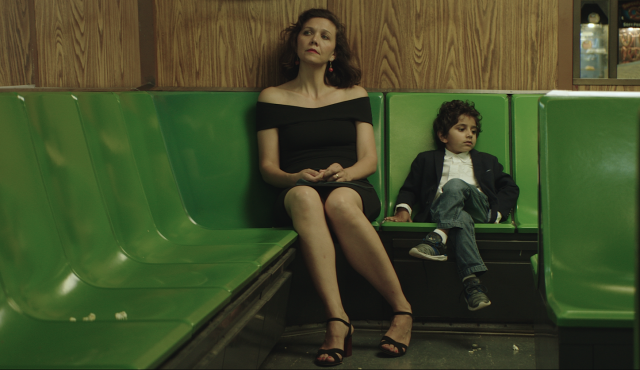 Celine Rattray has produced over 40 films, including four-time Oscar®-nominated and Golden Globe-winner THE KIDS ARE ALRIGHT, BLACK NATIVITY and AMERICAN HONEY after holding key roles in media and entertainment at HBO and McKinsey. Trudie Styler has produced, directed, and acted in numerous television shows and films, producing such landmark titles as LOCK, STOCK AND TWO SMOKING BARRELS, SNATCH, MOON, for which she received a BAFTA nomination, AMERICAN HONEY and THE KINDERGARTEN TEACHER, both with Celine.

Investment from the UK Creative Content EIS Fund will support the company’s multi-platform strategy: to maintain a strong film slate and expand into television and digital content (exploiting the explosion in the market for short-form digital content.)

Celine and Trudie have a proven reputation for developing, producing and managing high-quality, cost-efficient content with a focus on innovative storytelling.

Specifically, Maven is dedicated to increasing representation of female content creators and female-centred stories. Maven recognises that women are under represented both in front of and behind the camera: only 30% of top grossing films from 2014 to 2017 starred a woman, but female-led films outperformed at the box office (CAA), and of the top-grossing films from 2007 to 2018, only 4% were directed by a woman (USC). Their development slate across film, TV and digital content demonstrates their commitment to having strong female leads, with unique narratives that address social issues and inspire change.

Celine Rattray and Trudie Styler commented: “This investment will help us drive our strategy of producing premium content across multiple platforms whilst keeping the unique narratives that address social issues and inspire change at the heart of what we do. We are very excited about the prospect of working more closely with established and emerging UK female writing and directing talent.”

John Glencross Chief Executive at Calculus Capital, who will join the board,said, “We are delighted to be supporting this talented team in their multi-platform expansion plans. Their dedication to increasing representation of female content creators and female centred stories will have a positive impact in the industry.”

Stephen Fuss, Chief Executive at Stargrove Pictures said, “This is a very exciting investment for the Fund. Celine and Trudie have a great track record, deep talent relationships and a strong commitment to producing high quality content at the right price.”

The UK Creative Content EIS Fund was launched in June 2019, in association with the British Film Institute (BFI). The BFI, as a charity, has no financial interest in the Fund, but initiated the project to help bring a new wave of investors in the UK creative content industry to support the growth of dynamic and ambitious UK companies. The Fund is run by leading EIS and VCT manager Calculus Capital, which launched the UK’s first approved EIS Fund over 20 years ago, with Stargrove Pictures, the film/TV finance specialists as media adviser. This is the fourth investment by the UK Creative Content EIS Fund following recent investments into Raindog Films, a production company co-founded by Oscar-winning actor Colin Firth and music veteran Ged Doherty and Maze Theory, a digital entertainment studio developing games across multiple platforms. The Fund’s first investment was into Wonderhood Studios founded by ex-CEO of Channel 4, David Abraham.